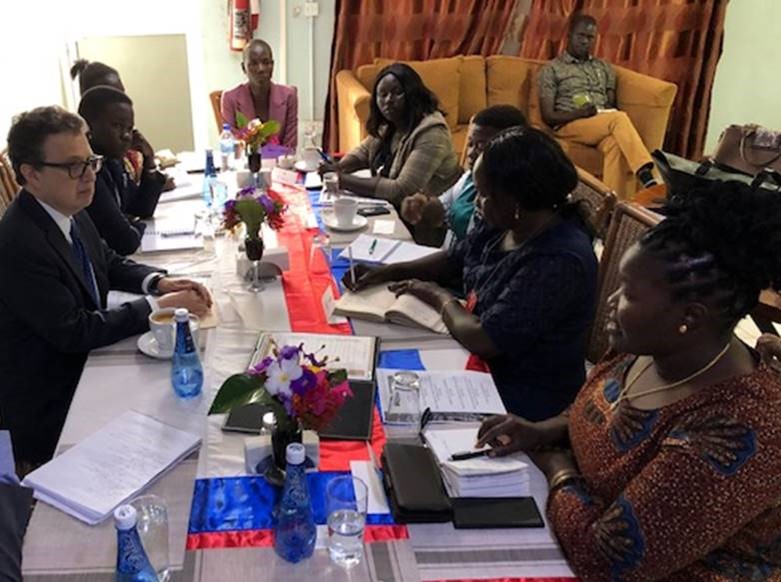 As part of his ongoing engagement with civil society, the Ambassador hosted six prominent South Sudanese women leaders at the Embassy.  They discussed the importance of an inclusive society and of full representation and equal opportunity for women in government, education, and the private sector.

The women called for a more inclusive society, where views of women and youth are listened to and included.  This includes South Sudan meeting the quota for women to fill at least 35 percent of government positions at all levels.

The women called for more educational and business opportunities, and underscored the urgency of addressing gender-based violence and discrimination.  During the September 16 meeting, Ambassador Adler highlighted several U.S.-led initiatives, including USAID’s Shejeh Salam project, which has several components that directly benefit women and youth.