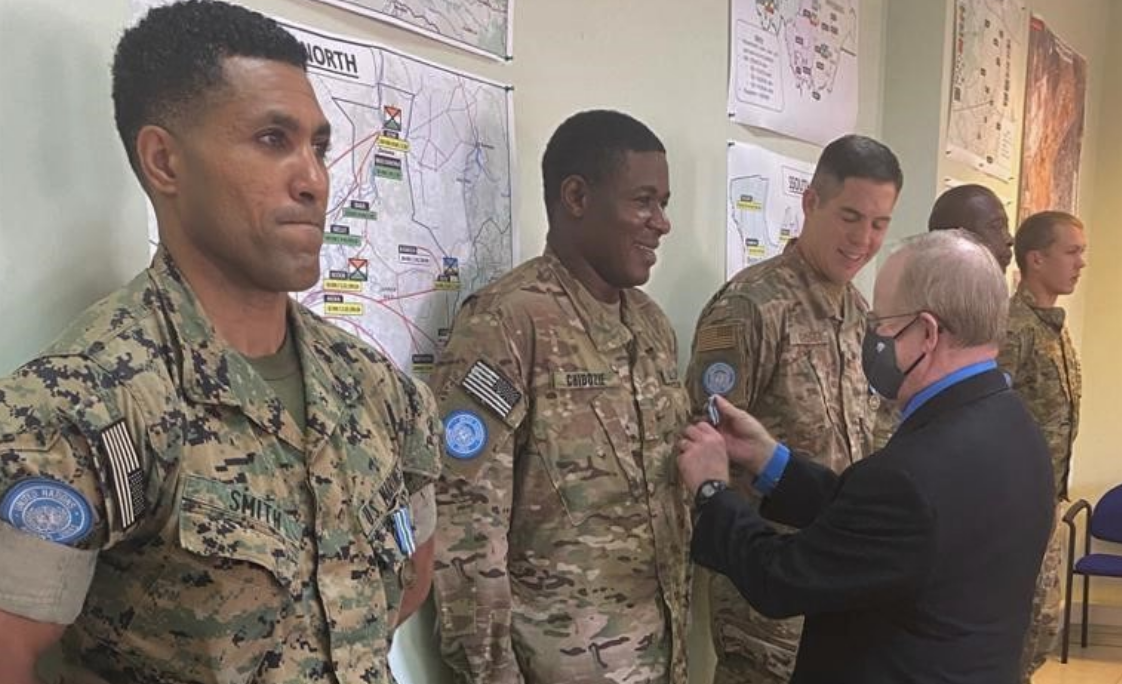 On September 30, 2021, Force Commander Lieutenant General (LtGen) Shailesh Tinaikar awarded the United Nations (UN) Medal to seven U.S. officers for service with the United Nations Mission in South Sudan (UNMISS) at the UNMISS headquarters in Juba, South Sudan.  U.S. Chargé d’Affaires, a.i., (CDA) Davis Renz served as the honored guest and assisted LtGen Tinaikar in the presentation of the decorations.  The CDA recognized the peacekeepers for their outstanding service in support of USAID humanitarian relief efforts and U.S. Mission objectives.  Colonel Christopher Crimi, the U.S. contingent leader, said that he was proud of the exceptional professionalism exhibited by the outgoing officers in the performance of their duties, explaining that their hard work and commitment to democratic ideals made an impact on their UN peers and the people of South Sudan.  The UN medal is awarded for 90 days and 180 days of peacekeeping service in mission.  Four of the officers were presented with their second award as they prepare to return home to the United States upon completion of a one-year tour in Juba.