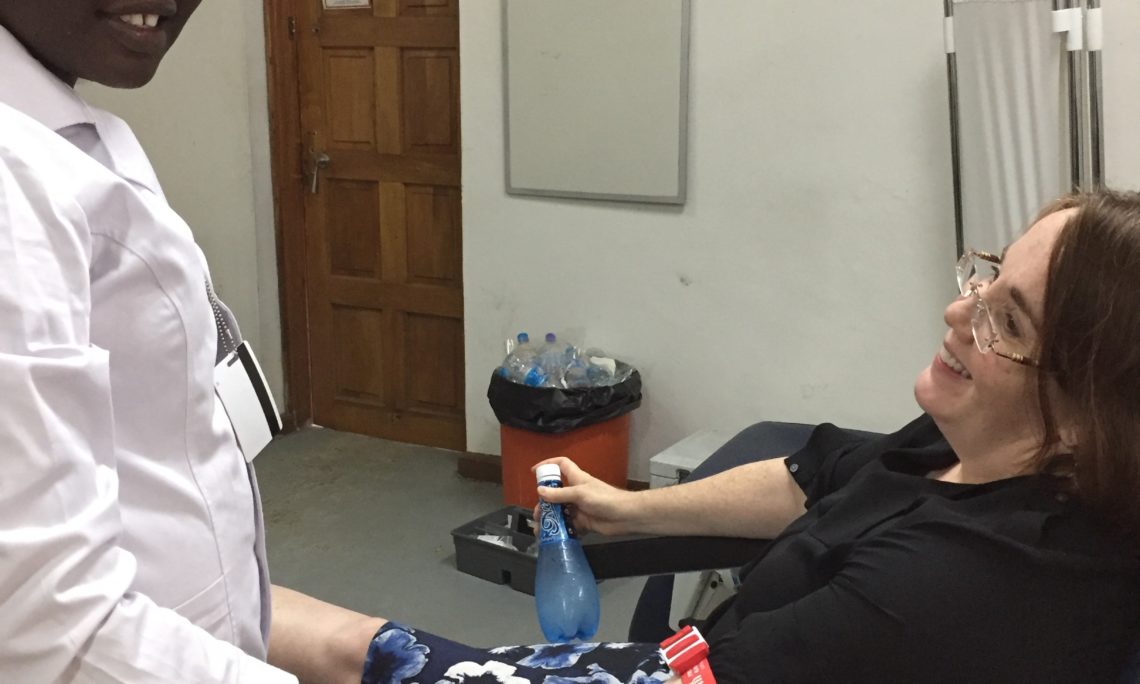 The US Embassy in close cooperation with the Ministry of Health’s National Transfusion Center of Juba hosted a Blood Drive on April 5, 2017 from 10 a.m. to 4 p.m. In total over 20 pints of blood was donated by staffers at the U. S. Embassy including the Ambassador. The purpose is to ensure an adequate amount of blood is available for the MRDC/Juba Teaching Hospital Surgical Campaign, April 7 through April 15. In that period, Dr. Melissa Barney, a Board Certified General Surgeon from Oregon, will be operating on S. Sudanese who need surgery but cannot afford the costs to do so. Dr. Melissa will be performing the operations along with fellow surgeons Dr. Charles Linderman and Dr. Chan Deng at Juba Teaching Hospital and the MRDCi Center. In total, they are expected to operate on 30+ patients. This is Dr. Melissa’s second trip with MRDCi to South Sudan. She was here in December 2015 when she did clinical work and surgeries at MRDCi and participated in surgery at Juba Teaching Hospital.

Dr. Melissa is trained in trauma, surgery and critical care. She is currently in practice in Portland, Oregon. She is committed to enriching the quality of life of communities through quality patient care. Dr. Melissa says she is inspired to keep coming to South Sudan to support the good work being done by MRDCi especially in handling emergencies where medical evacuation is not immediately possible and the patient has to be treated locally to save life. “No other NGO in the world works with the diplomatic corps, non-governmental organizations and indigenous populations as well as MRDCi does” Dr. Melissa says. She further remarked that it is wonderful that the U.S. Embassy has mobilized well to have its staff donate blood and hoped that other groups will do likewise. “The country needs blood because most often patients cab sometimes die not because there is no surgeon or nurse to handle them; but because of lack of blood,” She said. She hoped that blood donations would be done on a regular basis so that there is enough blood stocked for use by facilities throughout the country.

The Medical Response for the Diplomatic Corp, MRDCi, is a registered NGO that provides a 24/7 Medical/Surgical Care for the diplomatic and NGO communities in South Sudan. MRDCi’s intervention in South Sudan is unique in that the U.S. Mission’s enrollment provides support for surgical/intensive care facilities and humanitarian activities such as the current surgical campaign.