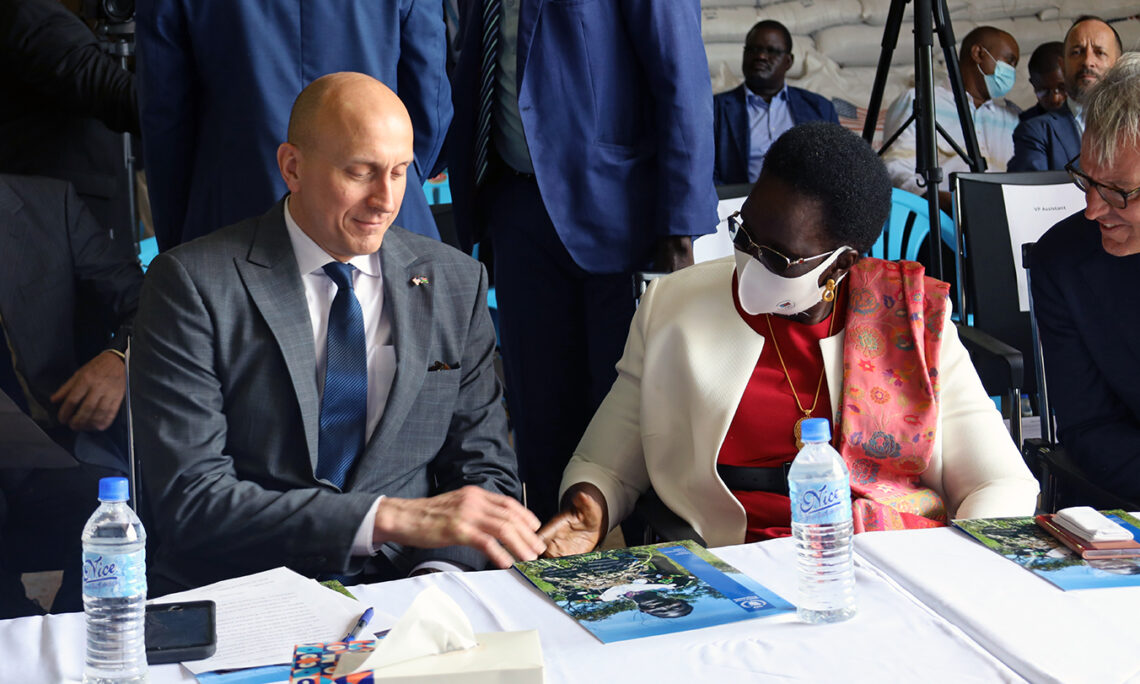 JUBA – The United States Government, through the U.S. Agency for International Development (USAID), has contributed USD $223 million to the United Nations World Food Programme (WFP) for critical food and nutrition assistance to reach millions on the brink of starvation in South Sudan.

The country is witnessing its worst food crisis since independence in 2011 due to continuing conflict, four years of persistent floods, 18 months of localized drought, and the impact of a global food and fuel crisis exacerbated by Russia’s unprovoked war in Ukraine.

The U.S. Government, through USAID’s Bureau for Humanitarian Assistance, provided WFP with USD $106 million from its Ukraine Supplemental Fund to deliver immediate support for 2.4 million severely food insecure women, children, and men with lifesaving food and nutrition assistance as well as cash transfers.

A second contribution from the U.S. Government’s Bill Emerson Humanitarian Trust, overseen by USAID, that is due to arrive by the end of 2022 will provide WFP with in-kind food assistance valued at $117 million, enough to feed 1.1 million people.  The shipment consists of sorghum, vegetable oil, and nutritious food for infants under five years of age and pregnant or nursing mothers.

“This lifesaving contribution demonstrates the U.S. Government’s strong commitment to the people of South Sudan,” said WFP Acting Country Director Adeyinka Badejo. “We have recently seen a dramatic increase in hunger across the country. With these new resources WFP will be able to avert a worsening situation for the population.”

U.S. Chargé d’Affaires William Flens said, “The United States has stood with the South Sudanese people from the beginning of this country, and even before independence.  We continue to urge the Government of South Sudan to address the drivers of subnational violence that contribute to the humanitarian crises our assistance is helping to mitigate.”

USAID Acting Mission Director Mark Anthony White said, “The United States supports the people of South Sudan in their quest for lasting peace, stability, and democracy.  This contribution will improve the quality of life of South Sudanese toward a brighter future.”

The United States has been the single largest donor of humanitarian assistance to the people of South Sudan for more than 25 years.  This assistance includes approximately USD $1 billion in 2022 alone for humanitarian aid and development assistance, support to the UN Mission in South Sudan (UNMISS), and additional assistance in coordination with partners through the World Bank and other international financial institutions.

The United States continues to provide significant assistance to save lives and reduce the suffering of the people of South Sudan, including food and nutrition aid, safe drinking water, health services, emergency education and shelter support, relief supplies, and services for survivors of gender-based violence.

Widespread loss of livelihoods, farmland, livestock, and homes due to flooding, drought, and continuing violence has left 7.74 million people severely food insecure, many unable to farm in the last three years.  A sharply depreciating local currency and the exorbitant rise in food and fuel prices have put staple foods beyond the reach of poor and food insecure families.

Humanitarian needs have continued to rise and outpace available resources, forcing WFP to prioritize 4.5 million out of the 6.2 million food insecure people it had planned to reach in 2022.  The new funds will enable WFP to maintain its current programs and resume its food assistance to people in some of the areas recently suspended.

The United States Government is the largest donor to WFP’s operations in South Sudan, providing $516.7 million in 2022.