Home Home | News & Events | Remarks on Behalf of the Troika by U.S. Ambassador Michael J. Adler On the Occasion of the Graduation of Necessary Unified Forces, August 30, 2022 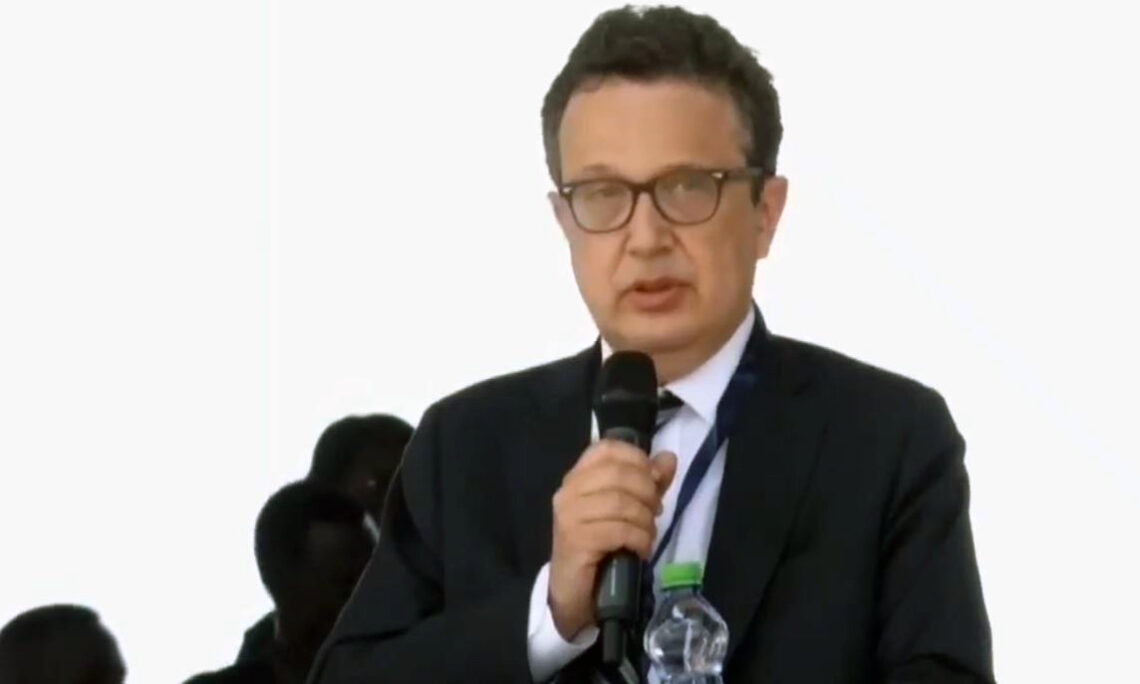 Delivered on Behalf of the Troika, On the Occasion of the Graduation of Necessary Unified Forces

(As prepared for delivery)

Your Excellency, President Salva Kiir Mayardit, President of the Republic of South Sudan,

As the Troika, we welcome this initial step in the graduation of forces.  This is a development that has been long promised and even longer awaited by South Sudanese and South Sudan’s friends.  It is an absolutely critical step; but it is the start of a process.

With security and stability, South Sudan will be able to unlock its potential and advance the road to development.  It is critical that ordinary South Sudanese can have trust in their security forces.

These aspirations are true for members of the SSPDF guaranteeing South Sudan’s security from external threat, for the national police protecting the citizenry from criminality, or for those in the prison service overseeing the implementation of justice.

The security forces are a cornerstone of state and human security, but their legitimacy and effectiveness depend upon fulfilling their mission accountably within a framework of civilian control and respect for the rule of law and human rights.  And this requires legislation.

We look forward to seeing ongoing progress including:

It is also important to remember the other steps in R-ARCSS, which also need similar progress and require similar commitment so that the people of South Sudan – men, women, and children – have the future they deserve of peace, democracy, human rights, justice, and prosperity.  Action must be taken to end violence and impunity so that all South Sudanese can live in security throughout the country.

We are speaking here of the future that the South Sudanese people deserve and hoped for at the time of their independence.  It is long overdue.

We look to South Sudan’s leaders to capitalize on this renewed momentum to make progress on these steps.

We hope the early steps that have begun to be taken today will unlock further progress in the implementation of the peace agreement.

This step is potentially one that could build trust between the parties across all areas.  If former combatants can work side by side for a common end, that provides space for others to do so.

This graduation signifies progress on the implementation of the security arrangements in the R-ARCSS and we commend the spirit of compromise that was required to unlock progress.

But today we congratulate the forces who are graduating, we remind them of the oaths they have taken, and we endorse the commitment to peace.

Speaking personally, I feel honored to be here today at this important event.  May God bless the people of South Sudan.