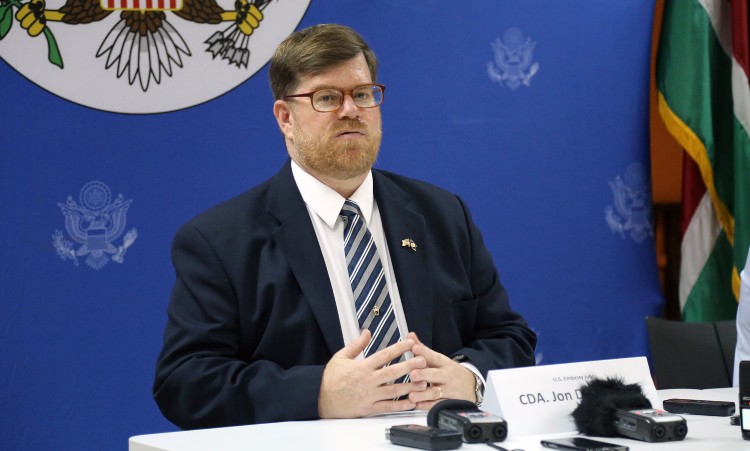 During this year’s global 16 Days of Activism Against Gender-Based Violence Campaign, I have seen several of my colleagues in the Diplomatic Corps highlight the serious problem of violence against women in South Sudan, outline the ways in which their countries are working to address this issue, and call upon the Government of South Sudan and others to recommit to fighting this scourge. I applaud these initiatives and the similar activities being carried out by USAID and others. Given this, and since the facts are well known, I asked myself why should I write (and why should you read) yet another piece on this topic as the campaign comes to a close?

The answer I came up with was that it only made sense for me to contribute to this campaign if I had something authentic to share. So, I sat at the computer and felt the presence of the women in my life—my mother and grandmothers, my sisters and aunts, my wife and especially my two daughters. I thought about the anger I would feel if one of them were a victim of gender-based violence. I thought of all that they had taught me and all that they had contributed to making the world around them a better place. And I realized that the mothers, grandmothers, sisters, aunts, wives, and daughters in South Sudan deserved nothing less.

But then I realized that was not good enough. I could not only think about the women in my life, but also the men. So, I conjured up my father, my grandfathers, my uncles and my brother, and my sons. I realized that they too had a stake in this debate. In some ways, I realized that it was even more important to think about the lessons I had learned from these men and that I use this opportunity to speak to the men of South Sudan. After all, as much as I can feel outrage at the violence committed against women here in South Sudan, or anywhere in the world, I can’t pretend to speak for the survivors of gender-based violence.

We must commit – all of us, men and women – to ending gender-based violence. Not just during the 16 Days, but throughout the entire year. I commend the Government of South Sudan and the UN for organizing a high-level dialogue on November 25 to launch the 16 Days of Activism Against Gender-Based Violence campaign. This was an important first step to get decision makers to commit to leading the change process – through the judicial system, funding, and taking deliberate actions to stop violence against women. The revitalized peace agreement contains a requirement that at least 35 percent of executive positions are held by women. This is critical to ensuring more women are represented in politics and the peace process, however, progress has been too slow. Gender-based violence is rarely reported in South Sudan, and yet we know it is widespread. It is the duty of all of us to speak out about instances of violence against women, and the perpetrators of that violence must be held accountable.

Human Rights Day is an opportunity for all of us to reaffirm our commitment to work toward a world in which all people – men and women – are treated equally. Here in South Sudan, let us all commit in the days and months ahead to doing our part to empower women, stop the violence, and help this country reach its great potential. On behalf of the United States Embassy in Juba, I pledge that we will continue to do our part. I ask each of you, in particular the men of South Sudan, to commit to doing yours.