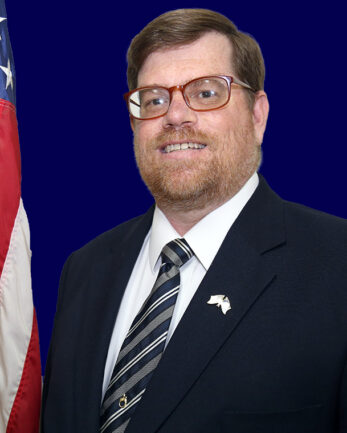 Jon F. Danilowicz, a career member of the Senior Foreign Service (Class of Minister Counselor), began his assignment at the U.S. Embassy in Juba, South Sudan in September 2020.  His most recent assignments include Senior State Department Advisor at the U.S. Naval War College in Newport, RI and Diplomat in Residence for New England, based at the Fletcher School.

Earlier, Jon served as Consul General at the U.S. Consulate General in Peshawar, Pakistan from 2014-2015, with responsibility for advancing U.S. interests in Pakistan’s Khyber Pakhtunkhwa Province and the Federally Administered Tribal Areas.  Jon served as Deputy Chief of Mission at the U.S. Embassy in Dhaka, Bangladesh from 2012-2014.  Earlier in his career, Jon served multiple additional tours in Pakistan and Bangladesh and domestically in the Bureau of South Asian Affairs.

Jon was detailed to the faculty of the U.S. Naval War College where he taught in the Strategy and Policy Department from 2006-2007.  He earlier graduated with highest distinction from the Naval Command and Staff College with a Masters in National Security Studies in 2003.  Jon is a graduate of Georgetown University’s School of Foreign Service.

Jon’s other foreign postings include service at the U.S. Embassies in Panama, Mozambique, and Zimbabwe.  He also served as a Watch Officer in the State Department Operations Center.  His foreign languages include Bengali, Portuguese, and Spanish.  He joined the Foreign Service in 1989 (just before the fall of the Berlin Wall).

Jon is married to Nancy Pacek Danilowicz and is the proud father of four adult children.  He was born in Worcester, MA and is a life-long Red Sox fan.